I am once again enjoying a Shannon McKenna book. Re reads to me are like revisiting old friends and Ms. McKenna's book, Standing in the Shadows, makes that journey a.

Ex-FBI agent Connor McCloud can never forget the day he was set up to die at the hands of trusted friend and fellow agent Ed Riggs. Hard justice and loyalty to his badge have cost Connor what he wants most--Ed's shy, studious daughter Erin. He can never have her now, but her beauty still haunts and torments his every waking hour and his most fevered erotic dreams. But now that his old enemy Kurt Novak has returned, Connor is prepared to do anything to protect the vulnerable young woman from a killer who has vowed a brutal payback. . .a killer with a predator's lethal patience.
Erin has been harboring secret fantasies about Connor McCloud since she first laid eyes on him--but that was before his testimony sent her father to jail. Her world is falling apart and it's all she can do to hold her family together. But now Connor is knocking on her door, telling her she needs his protection, whether she wants it or not. He won't give up and he won't stay away. He's sworn to guard her life with his own and his fierce protectiveness awakens long-buried feelings--and a fiery sexuality deep within her soul. . .
In PERILOUS TRUST, #1 New York Times Bestselling Author Barbara Freethy brings you the first book in a new romantic suspense series! OFF THE GRID: An FBI Series offers five breath-stealing books filled with action-packed plot, heart-stopping romance, and page-turning suspense.

It was one dark night that brought Damon Wolfe and Sophie Parker together. They were two tortured souls, looking for escape, and they weren't supposed to see each other ever again… 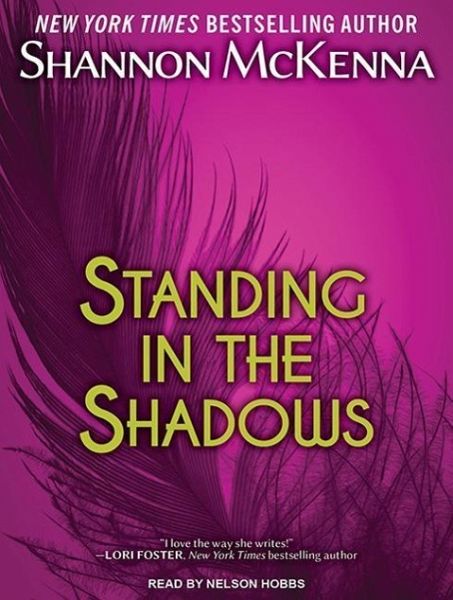 Four years later, Sophie's FBI father, who is also Damon's mentor, is killed in a suspicious car crash after leaving Sophie a cryptic message to trust no one from the agency. When Damon shows up looking for her, she isn't sure if he's friend or enemy, but she knows he could easily rip apart what is left of her heart.

The last thing Damon wants is to get involved with Sophie again. It was hard enough to walk away the first time. But she's in trouble, her father's reputation is under attack, and the lives of his fellow agents are at stake if there's a traitor in their midst.

When someone starts shooting at them, they have no choice but to go on the run and off the grid. Everyone in their world becomes a suspect. They want to uncover the truth, but will it turn out to be the last thing they expect? Proving her father's innocence might just cost them their hearts…and their lives…

Check out additional books in the series!

'Perilous Trust is a non-stop thriller that seamlessly melds jaw-dropping suspense with sizzling romance, and I was riveted from the first page to the last…Readers will be breathless in anticipation as this fast-paced and enthralling love story evolves and goes in unforeseeable directions.' USA Today HEA Blog

Funk Brothers Standing In The Shadows

'Barbara Freethy's first book in her OFF THE GRID series is an emotional, action packed, crime drama that keeps you on the edge of your seat…I'm exhausted after reading this but in a good way. 5 Stars!' Booklovers Anonymous

'Getting tangled up with Perilous Trust is a rush. Barbara Freethy sets the adrenaline level so high that it takes a while to come back down to solid ground. A tortured love affair sets off a chain of events that are explosive and deadly. The suspense is killer, the danger is intense and the electricity generated between Sophie and Damon is off the charts. All come together to a create a lethally seductive thriller.' Isha Coleman – I Love Romance Blog

Standing In The Shadows Book

'The adventure that Barbara Freethy takes us on in PERILOUS TRUST is full of twists and turns. It is a perfect suspense that will keep you guessing until the very last moment. This book definitely deserves 5 stars.' Reading Escape Reviews

'Perilous Trust was an action packed romantic suspense novel that from the first page you are bang in the middle of the story. I liked Barbara' Freethy's writing, the story was told in duel POVs which definitely made for a good read to see both perspectives of the case developing. I also liked the side characters woven into the story. I am looking forward to seeing more of them in the series.' Reading Away the Days Blog

'Freethy has a gift for creating complex characters.'— Library Journal

'A page-turner that engages your mind while it tugs at your heartstrings...Don’t Say A Word has made me a Barbara Freethy fan for life!' — NYT Bestselling Author Diane Chamberlain on Don’t Say a Word

'If you love nail-biting suspense and heartbreaking emotion, Silent Run belongs on the top of your to-be-bought list. I could not turn the pages fast enough.' — NYT Bestselling Author Mariah Stewart on Silent Run

'An absorbing story of two people determined to unravel the secrets, betrayals, and questions about their past. The story builds to an explosive conclusion that will leave readers eagerly awaiting Barbara Freethy’s next book.' — NYT Bestselling Author Carla Neggars on Don’t Say A Word