The movie is a crime thriller directed by Vishal Majadkar and produced by Mahesh Bhatt and features Kunal Khemu opposite Amrita Puri in lead roles. Song Name - Jo Tere Sang Movie - Blood Money. Kunal Khemu, Bollywood film actor, was born in 1983 in Srinagar and moved to Mumbai when he was very young.His father Ravi Khemu was also bollywood actor. He attended Dalmia International school in Mira Road, Mumbai and pursued higher education at.

Kunal was born to actors Ravi and Jyoti Kemmu in a Kashmiri Pandit family in Srinagar, Jammu and Kashmir.[1] He is an elder child to the couple and has a younger sister named Karishma Kemmu. He stayed in Mira Road area of Mumbai. He finished his schooling from N.L.Dalmia High School in Mira Road where as attended SVKM's NMIMS at Vile Parle for his further studies. He now lives in Khar, Mumbai.

His grandfather, Moti Lal Khemu (original spelling of last name), is a Kashmiri playwright and a recipient of several awards by the government of Jammu and Kashmir: Rashtra Bhasa Prachar Samiti, Sahitya Akademi award in 1982 for his contribution to Kashmiri literature as a playwright and Padma Shri.[2]

Kunal was in a live-in relationship with actress Soha Ali Khan since May 2013.[3][4] The couple got engaged in July 2014 and got married in a private ceremony in Mumbai on 25 January 2015 in the presence of selected members of Soha's family.[5][6] Soha Ali Khan gave birth to their daughter Inaaya Naumi Khemu on 29 September 2017.

He made his debut as a child actor appearing in the Doordarshan TV series Gul Gulshan Gulfaam (1987), directed by Ved Rahi. He made his film debut with Mahesh Bhatt's movie Sir (film) (1993). He went on to star as a child artist in movies including Raja Hindustani, Zakhm, Bhai,Hum Hain Rahi Pyar Ke,and Dushman.

He played the male lead in the 2005 film Kalyug, which was directed by Mohit Suri.[7][8]Kalyug was based on the pornography industry. In 2007, his first release was Madhur Bhandarkar's Traffic Signal, where he played a street-smart money lender who lends money to poor families, but always gets it back with interest.

In 2012, he appeared in Mukesh Bhatt's Blood Money, in which played the lead role as Kunal Kadam, an honest and hard worker who is unknowingly taken into the dark side of Diamond Trade by his Boss. He co-starred in Go Goa Gone, a Zombie comedy film, which was released on 10 May 2013. Both the films fared well at the box office.

In 2015, after over a two-year break, Kunal returned to the screen with the thriller Bhaag Johnny about a man who gets to live two lives by the help of a Jinn, portrayed by director Vikram Bhatt. Though the film began shooting in 2013, it released on 25 September 2015 to mixed reviews and low box office collections.[citation needed] His second release of the same year was the comedy film Guddu Ki Gun, in which Kunal appears in the title role along with Sumeet Vyas. In 2017, he did a voice over in an animated film Hanuman: Da' Damdaar in role of Lord Indra. He also appeared in the fourth installment of Golmaal (film series) named Golmaal Again reprising his famous role of Laxman Sharma. He portrays a negative character in Kalank .[9] 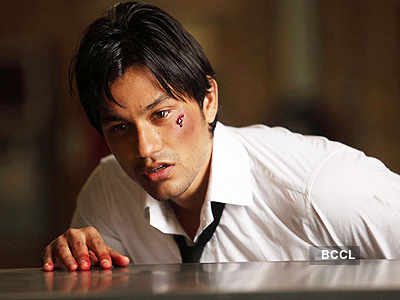